It’s been quite tricky out there on the racing field also on the last day of Harken Derm Seascape & First 18 Open European Championship, and sailors had to wait on the water for the sea breeze to finally kick in and stabilize enough. The last two races of this European Championship were sailed further out of the bay, and the course had to be adjusted accordingly to the shifting wind a couple of times so that everyone had equal and fair conditions.

Still, there was no doubt about the winner – Dejan Presen and Denes Szilagyi (JK Mipc) haven’t lost a single race and with a perfect score of 8 bullets there was no need for them to race the last two races (discarded anyway), so they didn’t. The rest of the fleet was still fighting, also for the podium positions. Blaž Kmetec and Jure Jerkovič (ŠD Gibanca) finished as silver and father/son crew Jure Jerman and Urban Jerman (JK Pirat) as bronze.

Dejan Presen: “We had a blast, all races were really competitive, luckily for us we had a really good speed and won all the races that we started, so at the end we had a perfect score. There were a lot of good teams fighting for the top spots and they were pushing us all the way.”

Dejan Presen, at the prize giving ceremony, surprised us nicely with giving away his own private gift – a sailing course for the last ranked team. Well done, Dejan!

Mitja Margon realized again (being in a role of an organizer, as well as a sailor, last year at the RC44 Portorož Cup already) that the two roles don’t fit so well. Together with his daughters Urška and Sara they were defending the last year’s winning title, but since Mitja had to skip a racing day to family matters, as well as the last races to the race organizing matters, he had to take the 10th.

Well, if his sailing result was not for the podium, the organization surely was. We’re happy and proud that the sailors were really enjoying the event. Mitja Margon: “It’s been a great week, although quite hard for us as an organizing team, because there were a lot of new things for us, that were logistically quite challenging. We managed to get through really nicely, we almost completed the racing program on the water, although we would want to have some more wind. But people were happy, we’ve put a lot of effort also in a social part of our event, and I think everybody was enthusiastic and happy and enjoying the program. On the water, for sure the best teams won, congratulations to them!”

The event was visited by the sailing industry legend Peter Harken and his wife Edit Olasz Harken, MD, PhD, the founder of Harken Derm sunscreen and lotion, the title sponsor of our event, which counted also as an EU launch of both products. Mrs Harken gave a short presentation about the sunscreen and the lotion, and the crews were given both as a gift.

Mitja Margon: “I’d like to thank all the sailors, the members of our GoSAILING on shore and offshore team for their big effort and contribution, to Alen Kustić for being a great PRO and to Mike Alison for doing a great job as a jury chairman. Big thanks to Okolje Piran, Lifeclass and Turist Biro Portorož for supporting our event on the new venue.”

We’re wishing all the sailors a safe way home and happy racing in the following months and years. 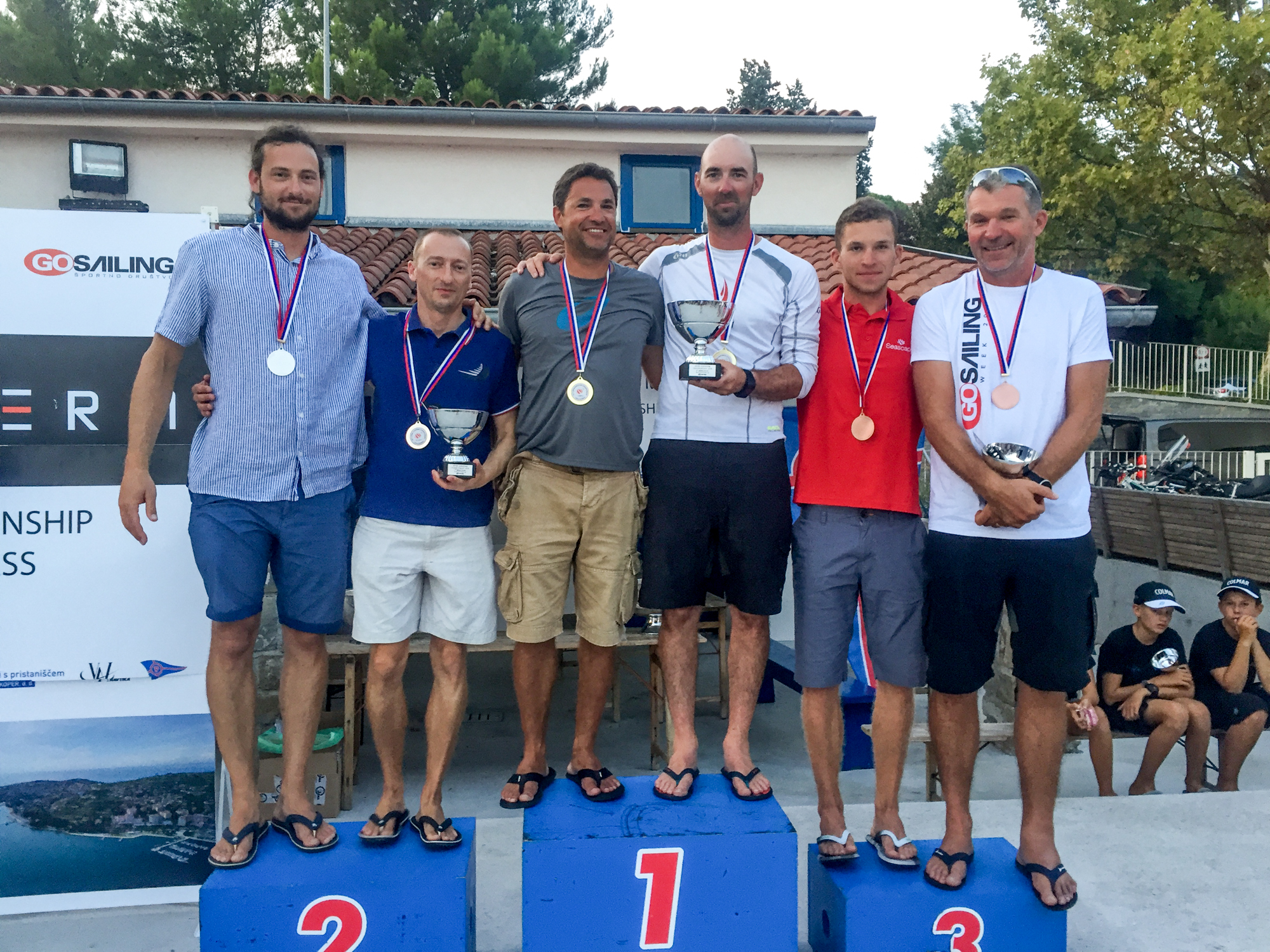